This session ensures players remain physically and mentally alert at all times, always aware of the concept of using available space in order to make maximum use of the ball. It’s a fast session that rehearses overloads, shooting, passing and movement in the same manner that your players will encounter in a match

This is a great overload game that never allows players to relax. Because it is performed in a playing area that most aren’t accustomed to, they should be constantly aware of situations developing around them.

You need balls, bibs, cones and goals. Alter the size of the playing area depending on the ages of your players. For Under-9s, use the centre circle of an adult (11-a-side) pitch, or a circle 20 yards in diameter. For Under-10s and older, mark out a 30-yard circle as a playing area. You will need to create three small goals using cones at equal points around the playing area. These will each be two yards wide. There are six players on one team and three on the other.

How to do it

Warm-Up One player on the team of six starts with the ball at his feet. He must release the ball to a team-mate. His side must aim to complete six consecutive passes. The team with three players must attempt to overturn possession. If they do, they try to score in one of the small goals. Play this for 10 minutes.
The Main Move Now they have warmed-up, prepare your players to restart with the same 6v3 set-up. This time though, the team of six must arrange themselves so that three players begin inside the circle and three outside. The six players must keep possession, always attempting to switch with a player on the outside of the circle by passing the ball to them. When they do this, they swap places with their team-mate. They gain a point for each successful pass out and player switch. As before, the team of three gain a point by winning the ball and scoring in one of the three goals. Play for 10 minutes then rotate players.

The team of six should be looking to play a controlled passing game, while the team of three must be bold and ambitious in their attacking play. 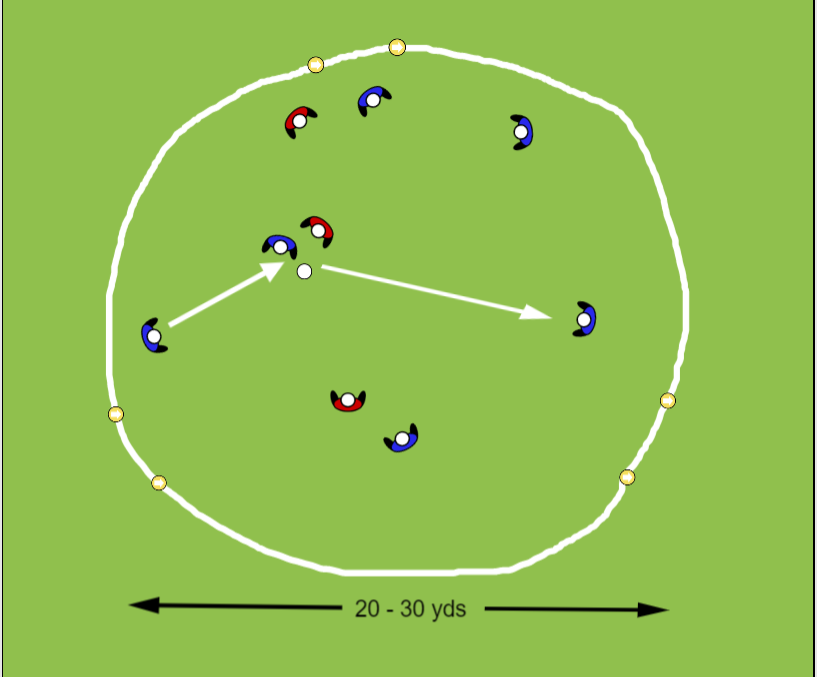 1. In a 6v3 overload, one team must make six consecutive passes while the other looks to score in one of the goals

2. Players should be alert to where space is and get into space communicating this with team mates 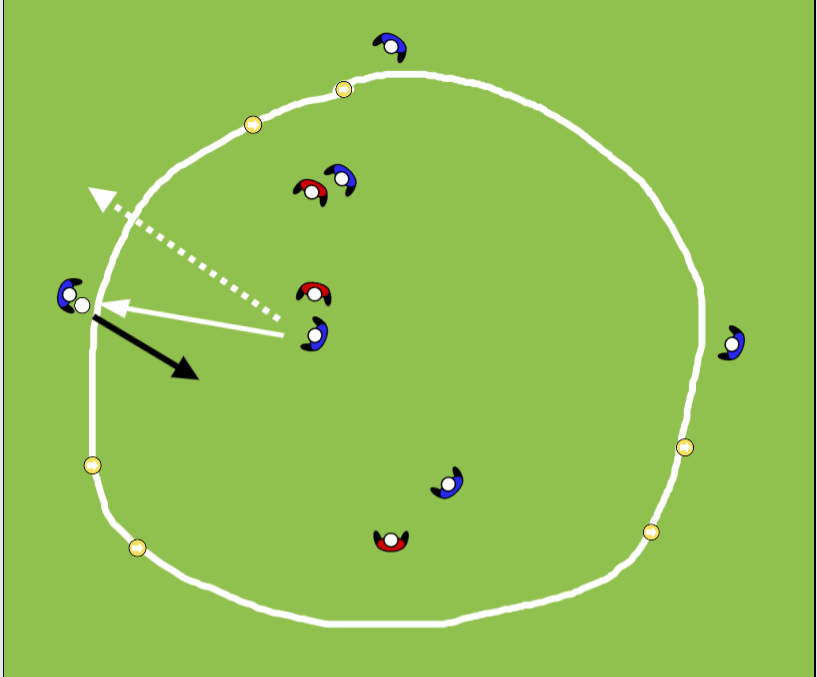 3. The team of six now swaps passes and positions between players inside and outside the circle

4. The team of 6 has three players outside the circle making a 3v3 inside

The team of three wins possession and scores 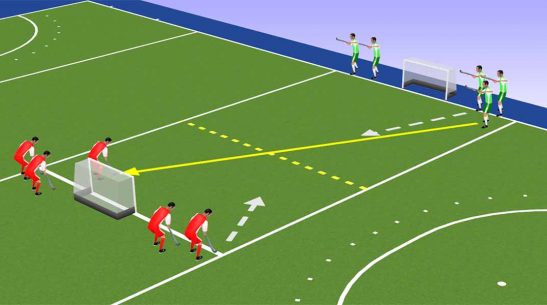 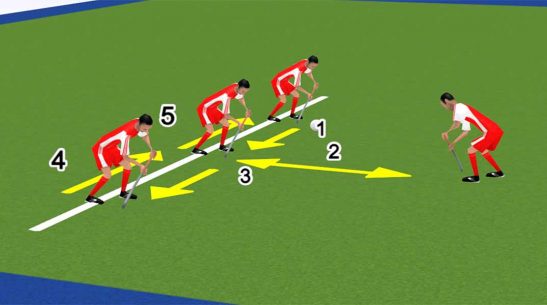 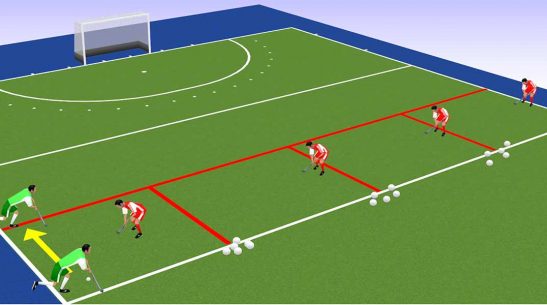