Variation: In order to provoke and intensify ball losses, an additional time-rule can be introduced. “Red only has eight seconds to target pass the central player!”. Minimize the central zone. 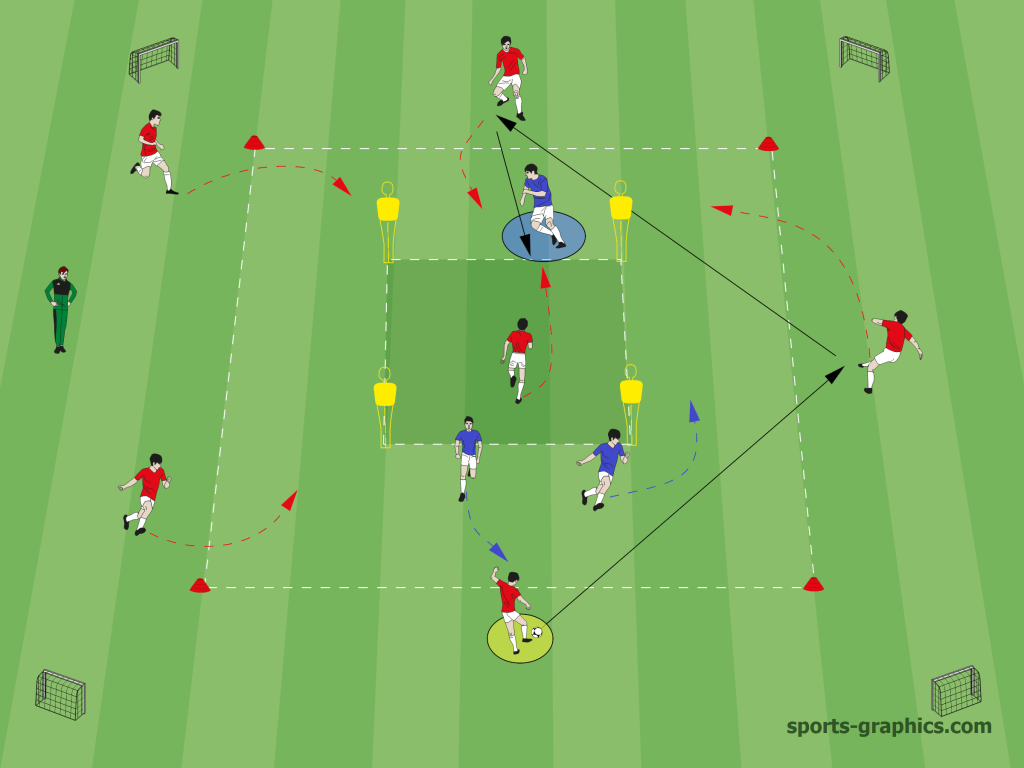 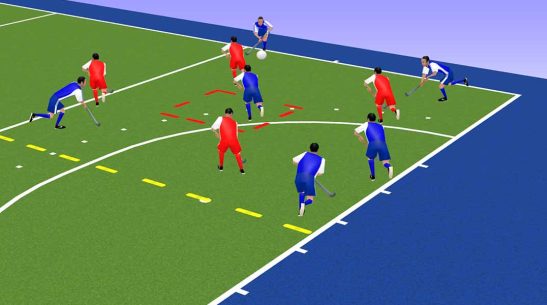